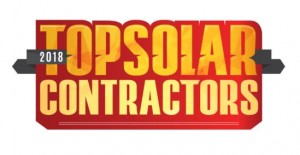 The Solar Power industry continues to expand, with 30% of new electric generating capacity attributed to solar power in 2017. In 2017, the non-residential solar market also experienced expansion, seeing a growth of 28% over the previous year. As the solar industry continues to grow, Clean Solar will continue to strive to provide exceptional customer service, comprehensive custom solar solutions for homeowners and businesses alike, and transform the way Californians view solar.

Randy Zechman is the co-founder and misChief Executive Officer of Clean Solar. Randy is an entrepreneur who has created a number of successful businesses, including the largest chocolate fountain rental company in the country and a publishing company focused on highlighting hotels, restaurants and attractions in Silicon Valley. Randy holds a degree in Marketing and Management. His philosophy is simple: Business is business, and you don’t have to be an expert in an industry to start a business.

Jeff Ritchey is the co-founder and Chief Operating Officer of Clean Solar. Jeff is a San Jose native and an award winning winemaker. He owns Sensorium Wines and was a wine consultant for several wineries in the Santa Cruz and Monterey areas. Jeff holds degrees in Geology (B.S. – UCSB) and Enology (M.S. – UC Davis). He has taught solar installation classes at Metro Education.